This is an excerpt of the pattern that was first published in [1].

A wide range of differing messages from devices and other components are received at the backend server. These might include measurements from sensors, errors, a heartbeat, registration information, etc. These messages can arrive regularly or irregularly. There are different kinds of actions that have to be executed depending on the type of the received message, its content, the time it is received, or other factors.

Throughout its operation a system receives a wide range of messages from devices and other components. You want to react in different ways to these messages.

Pass all messages received from devices through a Rules Engine. Allow users to define rules using a graphical user interface that evaluate the content of incoming messages or metadata about the message against a set of comparators. Also allow external data sources to be included in these comparisons. Let users associate a set of actions with these rules. Apply each rule on each message and trigger the associated actions if a rule matches. 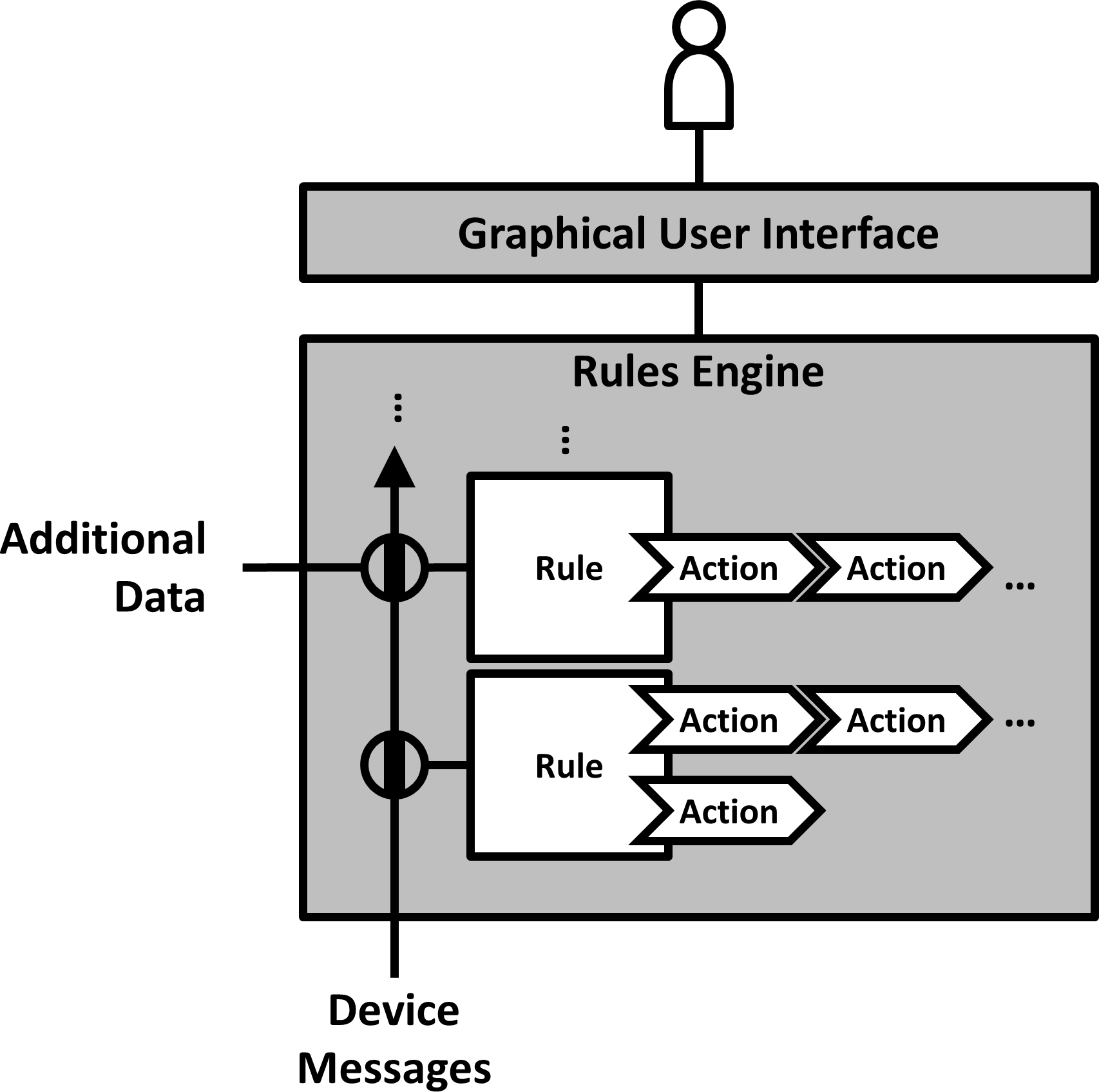 This is an excerpt of a previously published pattern. The full pattern can be found in [1].